OSG Admin
0
Bank holiday weekend in the UK saw the emergence of Afrobeat as a mainstream sound and one of the stars that made this happen is “star boy” wizkid.
Coming off his successful performance at the HMV Apollo, he had the chance to sit down with Factory78tv and talk about his new found fame,
The release of his incredible and successful debut album, clear surging rumours about dropping out of school and more recently pregnancy rumours.
Wizkid aka Ayo Balogun is as charming as ever as he thanks his fans for their unwavering support so far. Watch Factory78tv now for the full interview. You gotta watch this HERE 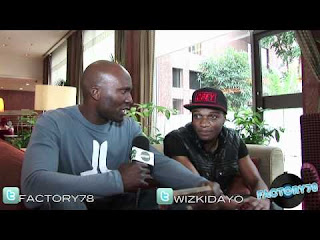 Are you an Entrepreneur? AdPlacers.com is giving ...