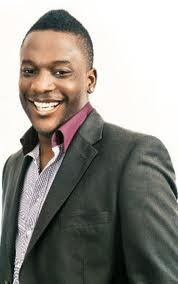 …..as MTN emerges as official sponsor

organisers announced new additions to a growing list of performers for

UK based Nigerian comic; Wale Gates and musician JJC have been

at this year’s edition of the world-famous street carnival.

The duo will be joining DJ Jimmy Jatt, Eldee, Tee A, and other

heavyweights in the Nigeria entertainment circle to add colour to the

Organisers of the annual gig – Sodium Brand Solutions only recently

should expect to see at the ‘Naija corner’ of the carnival.

Speaking on this year’s edition, Principal Consultant of Sodium Brands

Solutions – Abisoye Fagade said “Since securing the rights to host the

only official Naija Corner at the Nottinghill Carnival, people have

asked me several times: why Nottinghill? And my answer is simple: why

not? This is one of the oldest running carnivals in the world; the

second most popular. And can any one ever contest the fact that the

of several African countries put together? Some of these people have

not been home in years. The Naija corner is for them. And their

friends of other nationalities who have been ‘mis-educated’ about

Nigeria either by bad ambassadors or mischievous segments of

“We will continue to fly the Nigerian flag. Anywhere people are

gathered – be it in Brazil, in Portugal, Calabar, Lagos or even the

US. It is our duty to showcase our country – he music, comedy,

culture, film, dance, poetry, and everything else to the people of the

Meanwhile, telecommunications giant MTN has thrown its weight behind

the event as its official sponsor for this year.

Now in its 47th year, the annual event takes place on the streets of

Nottinghill, Royal Borough of Kensington and Chelsea. The Naija corner

This year’s edition is scheduled to hold on August 29, 2011 and will

kick-off at 9am. Around 1 million people from around the world are

expected to attend the ‘street party’ this summer.