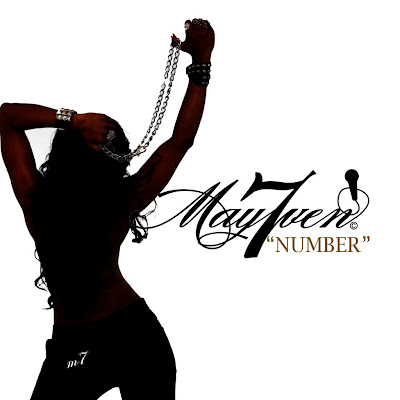 Described as one of the best female dancers/entertainers in the music industry after dominating the European and Africa’s dance Floor and music charts. Singer/songwriter May7ven is back with her infectious dance-floor filling 3rd Single entitled “Number”. Her no nonsense straight to the point attitude has her signature all over this club banger!

Since her last “2 UK MTV TOP 10 Chart” topping singles “Hands Up” and “Take Off My clothes” May7ven has been rocking the international stages performing to thousands of people, presidents, dignitaries also sharing the stage with some of the world’s biggest artists on tour including Akon, Mary J, Sean Paul, the Jacksons and so much more.

The enigmatic, mystery girl who’s had her sights on the US market has included a bonus release “Can’t do without you” strictly for her pop fans who love to see her dance, crowning her the 1st female Nigerian Pop Star and Queen of ‘AfrnB’ pop across the world and she has only just started.

In March 2011 May7ven landed a deal on the biggest dance reality tv show in Africa on Malta Guinness Street Dance Africa season 4, then her own Radio show on City FM 105.1 and will be launching her much anticipated album in the summer of 2011. After surviving a ghastly car accident at the start of 2011, May7ven says “God hasn’t finished with her yet” and is more determined than ever to take her music and style to heights never seen before.

Rich steamy power vocals, combined with a heavy beat and incredible hook, Nigeria born, UK Based May7ven’s strong attitude flows throughout the much anticipated single “Number” which she describes as an empowering tracks for females who know exactly what they want and further asks the desire of her affection for their telephone number. This infectious dose of sexy ‘RnB’ aka “AfrnB will have you addicted to the 7 and wanting more!