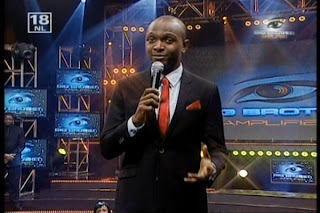 More good news from BIG BROTHER AFRICA is that charming Nigerian television and radio star I.K. Osakioduwa, whose easy humor and professional style are well known, will return to the BIG BROTHER stage for a second time. The star, whose credits include Comedy Club and Studio 53, is a familiar face to DStv viewers and a longtime fan of the Big Brother series.

Asked why he thinks audiences relate so well to BIG BROTHER AFRICA, I.K. says, “It’s all reality. That’s what makes it so interesting. People like to see the way that other people handle real life situations. And Big Brother always does his part to keep the activities and surprises in the house fresh.”

Meanwhile this year contestants will once again be drawn from 14 countries – Angola, Botswana, Ghana, Ethiopia, Kenya, Malawi, Mozambique, Namibia, Nigeria, South Africa, Tanzania, Uganda, Zambia and Zimbabwe. BIG BROTHER AFRICA season five will be produced by Endemol and filmed on location in Johannesburg. This year, the house will feature 53 cameras and 100 microphones ensuring that, as always, Big Brother is always watching!

Ghana’s Confidence Haugen is the Oldest – ...