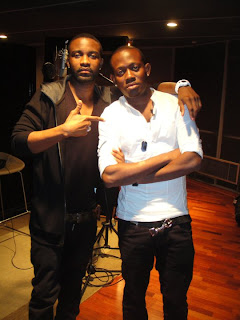 African mega stars Fally Ipupa, 2FACE and J. Martins are billed to be the main acts as MTV debuts with its maiden edition of MTV Live a new live music night that will be taking over Africa in 2011.
The first edition of this series will kick off on April 1st, 2011 at Tribeca where congolese superstar Fally Ipupa will give his first full live set performance in Nigeria. 2Face, will be on hand at the MTV Live to showcase his trademark blend of reggae, R&B and traditional African musical influences that has made him Nigeria’s favourite contemporary musician.
MTV Live will also witness an on-stage reunion between J. Martins and Fally Ipupa as they reprise their 2010 collaboration on the remix of Martins’ hit Jupa Remix.
DJ Humility & DJ Jimmy Jatt will be on the 1s & 2s at the event along with DJ Caise