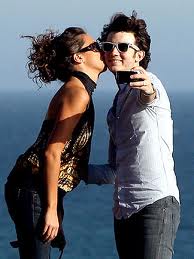 The eldest member of the Jonas Brothers has traded his purity ring for a wedding ring, according to reports.

Deleasa, a former hairdresser from New Jersey, wore a Vera Wang gown and had a bouquet by Pedestal Florists as she walked down the aisle at the French château-themed space. Younger Jonas Brothers Joe and Nick, served as the best men.

About 400 guests attended the swanky affair and the chef said there was quite a feast.

“We’re having vegetarian options in addition to the main course,” he said. “There will be stir-fried Asian vegetables, Italian rice, risotto, pasta and a full vegetarian station.”

The couple met in 2007 while on holiday in the Bahamas and Kevin proposed in July.

The singing trio have previous stated that they have dated fans before.

“Yes, we have already dated fans or girls that are not celebrities. In fact, we really like to believe that the girl we will spend our lives with will be our biggest ‘fan’.”