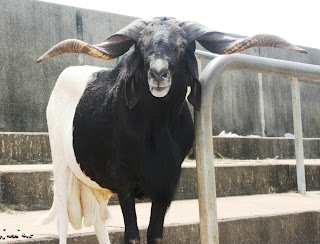 Ram Charging as a sport in Nigeria, bothers on the unusual. But when compared with Bull-fights in Argentina and Spain as well as Cock fights in Mexico and certain parts of America, it bears a semblance of normalcy.

It is devoid of the blood, gore and animal cruelty prevalent in its sister sports around the world (Only 1 on-field casualty has been witnessed in over a decade of the sport). It is recognized by the Lagos State Government under it’s Traditional Sports Council – a Division of the State’s Sports Council. As an organised body under the Ram Lovers’ Association of Nigeria, it has been organising Ram Charging Championships for the past 13 years

Highlights of this year’s contest include Goodnews which is the defending champion; and Gobé – a strong contender for this year’s title in the A-category. The prized-Ram, nicknamed The Unbeatable has won in every category it has participated in, hitherto (i.e. From F to B). Gobé is touted to be worth over N1.2m as at the last offer for his purchase, which his proud owner refused. Other favorites of this year’s competition include: Ten-ten and Ileke both from Itire-Ijesha area of Lagos, Coded from Lagos Island as well as Kubamson – Oyo State Champion who has lifted the title twice in a row.

The Ram Charging Championship holds at Noon every Sunday at The Hockey Pitch of the National Stadium, Surulere. It is currently in its 4th week and will culminate in the finals on the 10th of April
HERE ARE THE PICTURES: 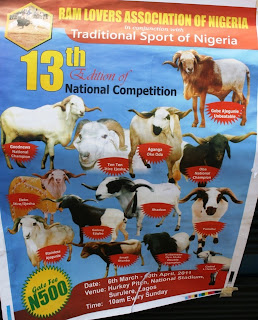 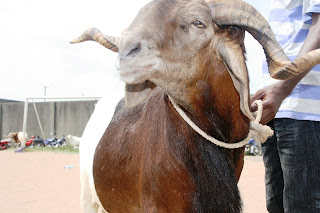 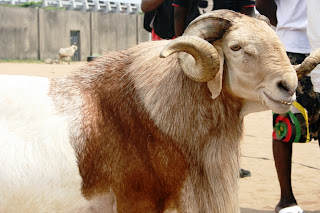 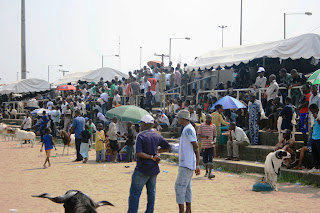 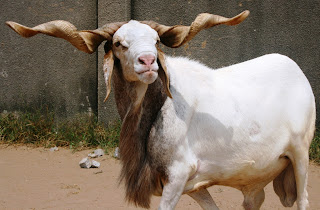 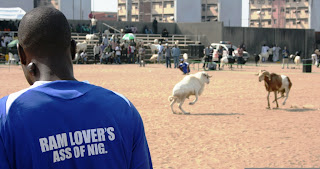 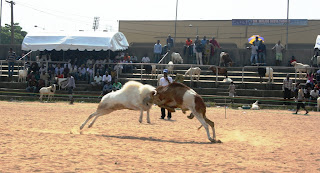 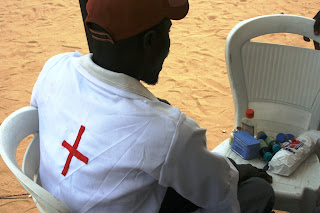 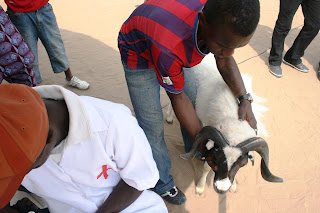 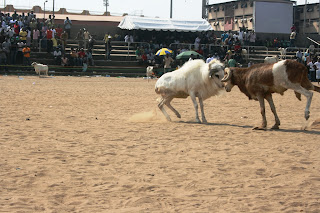 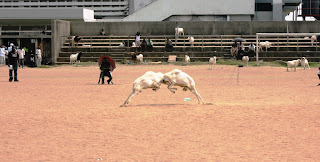 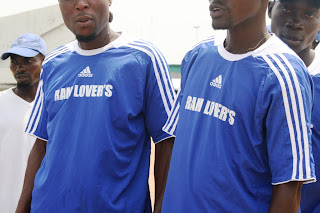 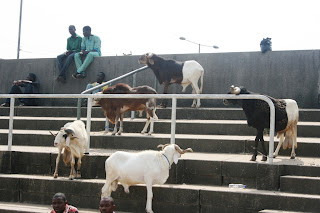 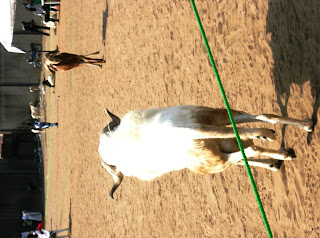