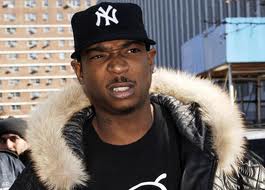 On Wednesday, a judge set a June 8 date for the platinum-selling rapper-actor’s sentencing. His lawyer says he’ll spend the intervening months finishing a new album, “Renaissance Project,” and taking care of tax matters.
The 35-year-old performer pleaded guilty in December to attempted weapon possession. He agreed to a two-year prison term.
Police say they found a loaded gun in a rear door of his luxury sports car when it was stopped for speeding after a July 2007 concert.
Ja Rule was nominated for a 2002 best rap album Grammy Award for “Pain is Love.” His movie credits include 2001’s “The Fast and the Furious” and 2003’s “Scary Movie 3.”

ARE YOU READY FOR PRAIZ LOCK DOWN?

MOBILE MARKET: THE EVERYTHING MUST GO SALE ...