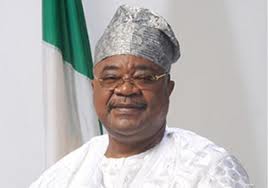 The Osun State governor, Rauf Aregbesola, on Wednesday, accused his Oyo State counterpart, Adebayo Alao-Akala, of lying when he said that Ladoke Akintola University of Technology (LAUTECH), Ogbomoso, was now solely owned by Oyo State. Mr. Aregbesola was at the International Institute of Tropical Agriculture (IITA) on Wednesday to seek assistance on his agricultural programme for his state. During his re-election campaign at Ogbomoso on Monday, Mr. Alao-Akala had told the crowd that the state had taken full ownership of the university, whose joint ownership with Osun has remained a matter of controversy. Mr. Alao-Akala announced his intention to acquire the institution solely for Oyo State and had appointed a vice chancellor.

Undermining the process
The battle for the control of the 20-year-old institution started during the administration of the former Osun State governor, Olagunsoye Oyinlola, who had a public disagreement over the university with Mr. Alao-Akala. Both men were members of the People’s Democratic Party. Efforts to resolve the crisis by leaders of the party in the South West were unsuccessful, and it is going to be more difficult since Osun State is now under the control of the Action Congress of Nigeria. Despite the change of government in Osun, Mr. Alao-Akala is still pursuing his mission with vigour and to underscore his seriousness, he has been going around cities of the state in recent times promising the establishment of campuses of the university across the state to get indigenes to support his re-election bid. But, Mr. Aregbesola yesterday blamed the press for giving Mr. Alao-Akala undue recognition, adding that Oyo state would be rescued from him.

“At best, the man should be a security officer, but because of law, he finds himself in a governorship position and he is undermining the very process that brought him into power,” Mr Aregbesola said.
“How do you explain that somebody would whimsically and unilaterally claim an institution jointly owned by two states when the law that established it has not been abrogated?”

JIM IYKE GOT ARRESTED IN ABUJA.

ARE YOU READY FOR PRAIZ LOCK DOWN?