DAMPTE OUT WITH NEW VIDEO ‘WINE YOUR TINKOLO’ FT. YQ 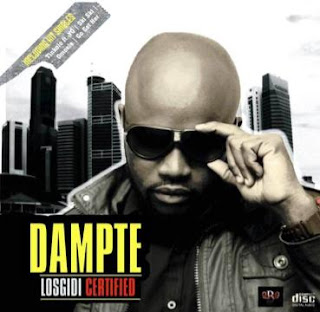 Hiphop star, Dampte is set to release his official debut album on the
17th of March, 2011. The recording artiste who came to acclaim after
the release of his break out single – ‘wine your tinkolo’ featuring
Storm Records’ YQ would be releasing a double CD album. The album
titled ‘Los Gidi Certified’ would have two CDs – video and audio in a
jacket.

This release would make Dampte the first rap/hiphop artiste to achieve
such a feat. ‘This is necessitated as Dampte since his break out in
2009 with the hit single ‘Wine your tinkolo’ has been busy recording –
Dampte is made enough music to release two full length audio albums’
Spokesperson for the label, Bugatti Music informed.

Dampte’s Los Gidi Certified album would have 19 tracks including the
track ‘Wine your tinkolo’ as a bonus track on the audio CD and seven
videos on the VCD.

During the album screening, the question on why ‘Wine Your Tinkolo’
was included as a bonus track when it was the track that brought him
to limelight was asked, He responded that the album content answers
the question.

A documentary is included in the video CD which focuses on sundry and
other issues including his relationship with YQ, Cartiair, DJ Neptune
and late rap artiste Dagrin.

In August, an international version of the ‘Los Gidi Certified’ album
would be released..

Dampte who recently called out another artiste in a write-up as a
coupist is not new to controversy. In December 2009, he also did a
remix of the hit single “pon pon pon” by the late hip-hop megastar
Dagrin – A song he released out of a slightly unpleasant situation
with the late rap artiste.

Dampte is expected to release limited and hard copy edition of the
album that would come with free posters and also hold an album signing
session on the 23rd of March, 2011 at a yet undisclosed location.

Kim Kardashian To Debut Her Single On ...

WE CAN’T GET ENOUGH OF RIHANNA AT ...