BOWLING FOR BOOBS UPDATE AND PICTURES.

Saturday 29th January 2011 at The Dome Entertainment center Abuja was the day many Nigerian celebrities used their celebrity status to raise funds and awareness for the fight against breast cancer. The event is the brain child of STAND UP FOR CANCER NAIJA, an NGO focused on the fight against breast cancer. The red carpet was lit up by celebrities like Uti, Ini Edo, Uche Jombo, Julius Agwu, Bryan Okwara, Coco Couture, James Lulu (bag designer) and many more.

Many media houses within and outside Abuja like, Studio 53 extra,Jara on Mnet, Sound City, Spice tv, Hot Fm, Bella Naija, Rhythm 94.7,wow magazine and many more, turned up to lend their support to the noble cause. Celebrities like Ini Edo, Uche Jombo and Uti Nwachukwu came with their team of bowlers to contest against each other in a bowling game and the winner had to square up against the best of Abuja bowlers, team uche won the bowling game.

“What we came here to do today is something real. Do you know there are people in very remote areas that when they examine their breast and see a lump, they’ll say it’s something spiritual; it’s the devil, but in reality it’s a cancer lump. Such women are the ones we’re really trying to reach out to”

Ini Edo on her part said cancer is a disease that takes away from every woman and needs to be stopped.

Mrs. Ada, a breast cancer survivor spoke on the need for all, including men to constantly examine themselves for possible traces of lumps as that remain the best and easiest way to detect early signs of the disease.

Caleb Egwuenu the Project Director of the Stand Up To Cancer Naija the host organisation talked on how more awareness is needed in the grassroot, he reiterated the fact that those in the grassroot are they reason the event Bowling for Boobs was organised.

In her vote of thanks, the Media Director of Stand Up To Cancer Naija Ms Debie Magnut said she was so happy that the celebrities took time out of their busy schedule to attend the occasion. She called on more celebrities to join in the campaign which will be held subsequently in Lagos, Accra, Nairobi, Johannesburg, London, Calgary and Houston.

Here are some of the pictures: 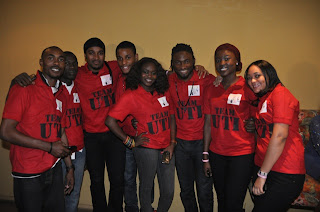 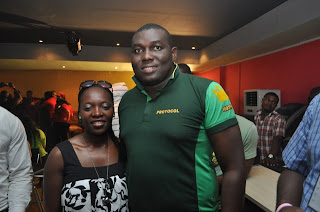 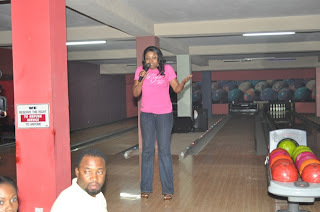 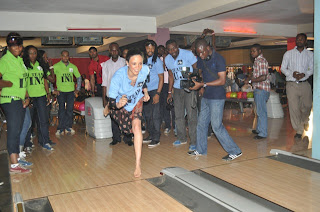 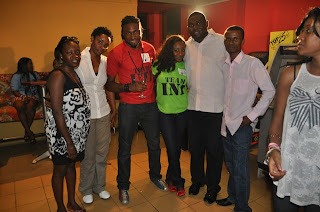 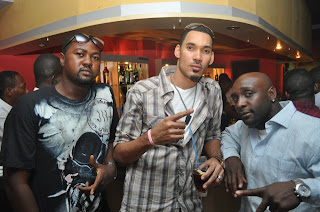 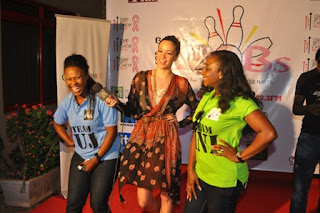 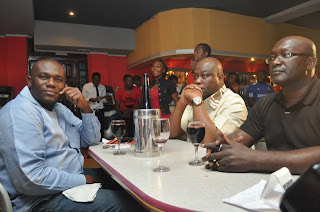 INNOCENT IDIBIA TO FEATURE ON THE MO’NIQUE ...