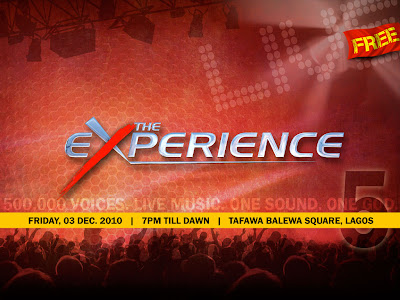 Convened and hosted by Pastor Paul Adefarasin, The Experience is an Interdenominational Gospel concert that features some of the best-known musical talents of our time. The Event, which debuted in December 2006 with over 70,000 persons in attendance rapidly gained momentum at its second outing with a quantum leap in attendance of well over 250,000 people! With last year’s unprecedented crowd estimated at 500,000, The Experience has now become known as the largest musical concert in Africa.