FEMI ADEYINKA – THE MOST PROMISING ACT TO WATCH

Femi is a talented music artiste , he has a massive airplay of  “never felt a love ” video been viewed  on TV stations, he just shot his second video “money money” ft eedris abdulkareem by Clarence peters,  3 singles airing on local radio stations. He came into the Nigeria Entertainment industry last year and so far he has been nominated for different awards locally and internationally. Recently, he is nominated for the NEA  awards 2010 category : most promising act to watch www.nigeriaentawards.com/nominees. We his fans believe his music is going places locally and internationally.

Femi is a dynamic and versatile R&B vocalist and song writer. A native of Abeokuta, Ogun state Nigeria. Born in Lagos, he had his early education at Fountain School Surulere, Maryland Private School and spent two years at Government College Ibadan before he proceeded at age 12 to the USA.

While in College in the United States of America Femi discovered his talent for singing and decided to pursue it full time and thus began to build a musical career. Femi continued to sing and write music while learning about the music business and became one of the lead vocalist in an R&B male group called 4thComing.
They performed in talents shows, and community functions. The group was well known in the New England area of the US. Femi started his solo career in 2000 and has collaborated with various artist and producers such as Cassidy from Full Surface Record, Pritty Boy from A-Records, London based producer Kingsley O from Skye Entertainment. Femi has been invited to and has performed at different awards and non-award ceremonies.
He has had the privilege of opening for and to share the same stage with internationally known artistes such as TUFACE IDIBIA, STYLE PLUS, SUNNY NEJI, AND NE-YO to mention but a few in the United States. His dedication to his music has been evidence by his incredible performances.
Femi believes that to have a global impact, you need to have a home base and this has inspired him to come back home to his motherland, Nigeria to build from base up. Femi is blessed with a powerful soul voice and has got what it takes to be successful in the mainstream market.

Femi came home to Nigeria in October 2009 with a song Never Felt a Love and a lot of fire burning in his veins to conquer the Nigerian market. Since then he has collaborated with Ego of Lagbaja fame in “Mapami” and Idris AbdulKareem in “Baby I got (money,money,money). He is currently signed on to Kennis Music with whom he is set to make a huge statement in the annals of Nigerian and International music. 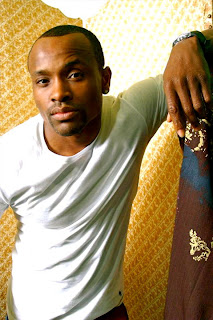 and has been rising on the Nigezie top 10, Soundcity top 10, MTN Yello top 10, and on MTV BASE top 10. Femi’s new video “money money” ft eedris abdulkareem was shot by Clarenece peters and it will be on air by next w eek.
Femi is currently working on his debut album to come out the last quarter of the year.

http://www.youtube.com/watch?v=o1XaXkXoeIk – this is the link to his video”never felt a love like this ” on you tube.