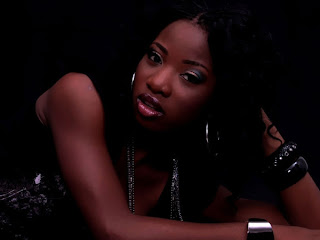 The name Modupe Oreoluwa may not readily ring a bell but Mo Chedda, may well sound a lot more familiar especially for those who have listened to ‘Da Finest’ track from the stables of Knight House.
Mo Chedda is the latest female MC on a mission to rock the Naija rap scene. Although young and petite, a conversation with Modupe reveals a young lady who knows what she wants and where she is headed.
As a young girl growing up in Lagos, she had always known she wanted to do music. At 15 she was already rapping to Bow Wow’s songs. She began professionally about six years ago, when a meeting with a family friend would set the pace for the Mo Chedda brand today.
She recalls: “When I was 12 I remember how I used to disturb a family friend of ours, Rogba, who today is one of the Knight House producers, that I wanted to sing. He would look at me and say ‘you really want to do this’ and I would say ‘yes’. Since I am a Beyonce fanatic we would go to his house (since there wasn’t any studio then) and do all the Beyonce adlibs as he would play me beats. I was just been trained and groomed and taught all the rudiments of music”.

The 19 year old Creative Arts Undergraduate of UNILAG has collaborated with top artistes thanks to her bright music talent. Some of these artistes include; M.I, Sasha, Mode 9, eLDee, Skuki, Terry Tha Rapman and others.

The franchise celebrity biography, tour dates and links will have a dedicated page on the www.mtvbase.com website and mobisite.

Mo’ Cheddah (Modupe Oreoluwa Oyeyemi) broke into the industry in 2009 when she sang the hook to the rap hit ‘The Flyest’. Since then it has been no stopping the singer/rapper. Her single If You Want Me earned a lot of rotation on radio which eventually earned her a nomination in the HHWA 10 Next Rated Category.

In the month of August, MTV Base will get behind fast rising act, Mo’ Cheddah and help to build awareness for her across Africa on DSTV.

To achieve this short vignettes and cameos of Mo’ Cheddah, shot on location in Nigeria will feature regularly on MTV Base throughout August. Her face and music will be splashed all over MTV Base as well as online and mobile platforms.