Its no longer news that  GT The Guitarman is leaving his record label Storm Records.
The gifted but under-celebrated songwriter-singer, who waited for years, before finally releasing his only album for the label, has confided in very close friends he’s moving on from Obi Asika-led Storm.
The Guitarman was one of the last set of acts on Storm 360. In the past three years, prized talents like Darey, Jazzman Olofin, Eldee and  Ikechukwu have quit dealings with the label. However, beloved rapper Naeto C is still signed to the label, as well as Sasha, Tosin Martins and Sauce Kid. All four remaining acts have brand new albums on the way.
Although inside sources at Storm say GT ‘has quit for real’ this time, this is not the first time the young talent will be trying to severe ties with the label. In 2008, when it looked like his album would never drop, he gave TV and print interviews, accusing the label of footdragging, and saying he was walking away.
‘He really liked it at the label, and Obi really loves him. But, let’s face it, he’s spent so much time there and seen so little results. I think it just got to a point when he started asking himself: ‘what am i doing here?” one of his confidants told us early today.
It is believed he still has a valid recording contract with the label; having renewed his deal with them shortly before he released his debut album. And it is uncertain if he’s accusing the label of specific breaches, or simply walking away as is common with most Nigerian acts.
The singer was yet to respond to NET enquiries as at press time. But those close to him say he is still unsure of what his immediate moves would be.
However, Storm boss Asika insists GT is still with the label. Responding to NET’s email enquiry, he queried : ‘And where did you get that reliable information from?’
Continuing, Asika says ‘GT is fully on Storm Records, please contact Uche and she can put you in touch with him direct. Would love to know where that reliable information is coming from’. 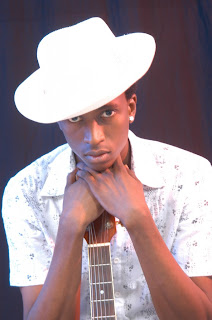 Uche (Ikejimba) was yet to respond to our enquiries as at 7PM Wednesday. GT would also not comment, despite repeated phone calls to his mobile line…