Onyebuchi Ememanka, the special adviser on public communications to the governor of Abia state, Ikpeazu, decided to pay back a good deed done for him almost twenty years ago. 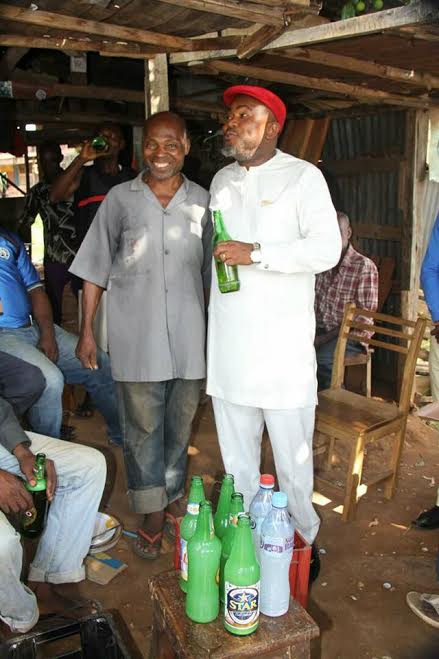 Onyebuchi went back to the neighborhood in Okigwe where he lived while schooling in Abia State University, to visit a carpenter who assisted him those years ago without asking for a reward. 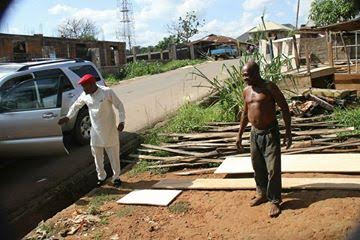 In addition to giving the carpenter some money, he also promised to bear the cost of training one of the man’s sons through university. He went on to sponsor a party, buying drinks and food for those resident in the neighborhood and also gifted cash to most of them.

“Today, I decided to put a big smile on someone’s face.
When the ABSU event was over and on my way back, I did a stop over at the place where I used to live as a student on Agiriga Street Okigwe.

“My mission was simple – to pay a surprise visit to my old neighbors, who are mostly local carpenters and petty traders.

“I moved into that area sometime in 1998 and lived there till 2001 when I graduated. My brother Chiemezie Nwakanma was living there then and helped me secure the room. We were next door neighbors Iyke Aaron and Chizuru Kanu later joined us there.  There is this particular carpenter who was so kind to me then. He would do my carpentry works free of charge and will lend me money whenever I was broke. I didn’t pay back most of those monies. The Mbano man was just nice to me and treated me like his own son. The man has a penchant for speaking high sounding grammar and we named him the Professor of Carpentology, a title he cherishes so much… Heheheheheheheh.

“17 years after, I stormed the place today and it was a big party. I ensured that there were drinks of different kinds and food to go round. All the carpenters stopped work to welcome their old neighbor. The women were not left out. I told them stories of how that carpenter assisted me greatly and without seeking any pay back from me. I thanked all of them for the kindness and love they showed me then. They were all amazed that I could still remember all of that almost 20 years after.

“The carpenter had a set of male triplets while I lived there. They are all grown now and one them works with him in his shop. He said the boy is brilliant but he has no money to train him in school. He lost his wife a few years ago. There and then, I announced that I will send him to the university and bear the cost of his training. The man broke down in tears. I told him that his son should get a better life than he had. I am fully committed to keeping that promise. I shall help secure admission for him and see him through school. Who knows? He may be the channel through which God will liberate the family from the vicious cycle of poverty and deprivation.

“It was a great day today as we drank and relived old times. I ensured that each of them got some small cash in their pockets. Before I took my leave, they all asked me to kneel down while they said some prayers that touched my soul. I felt a deep sense of fulfilment today. Yes… Ururuaja never forgets!  It may take time but I always return.” 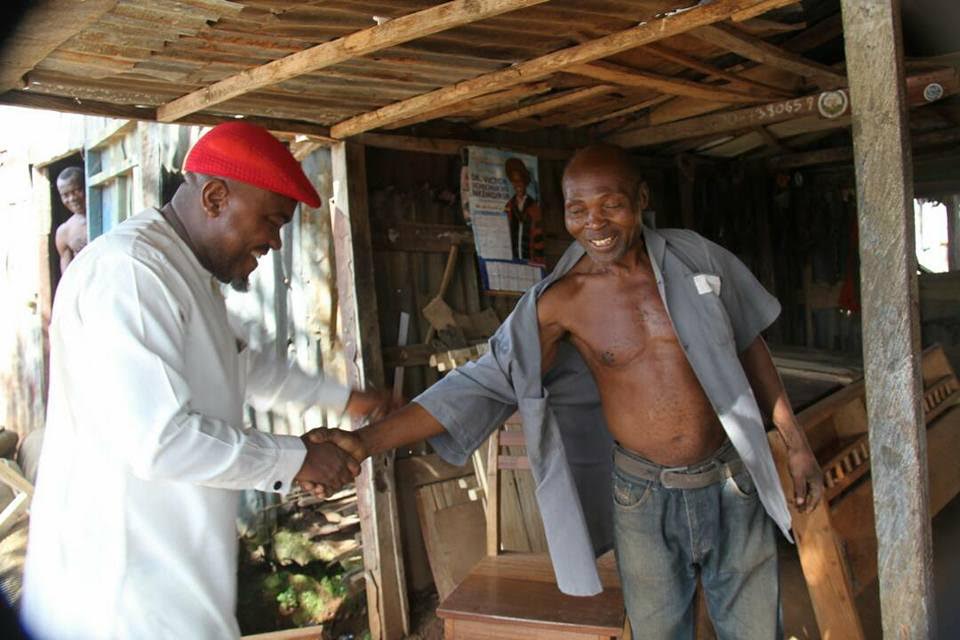 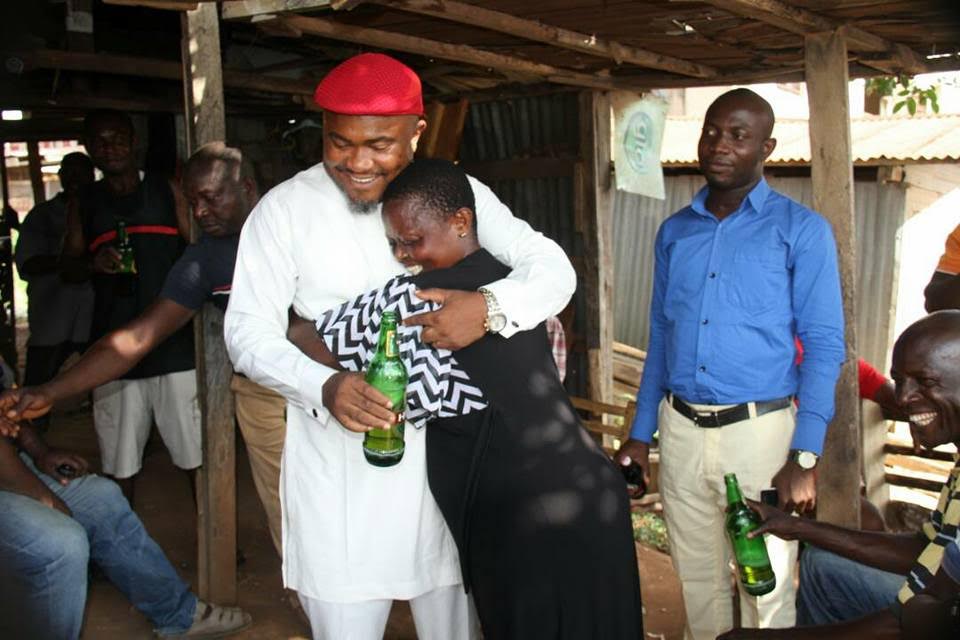 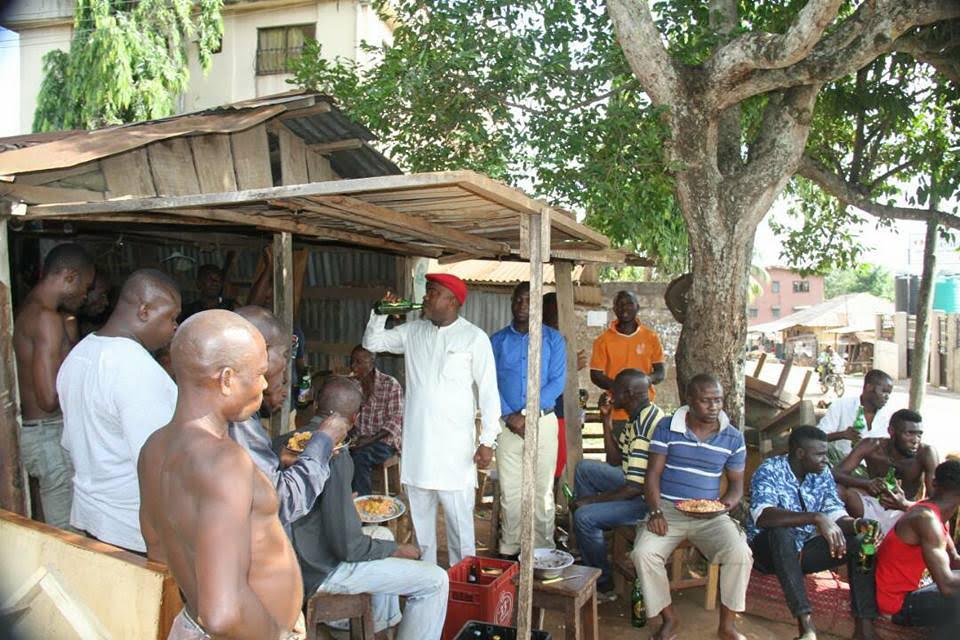 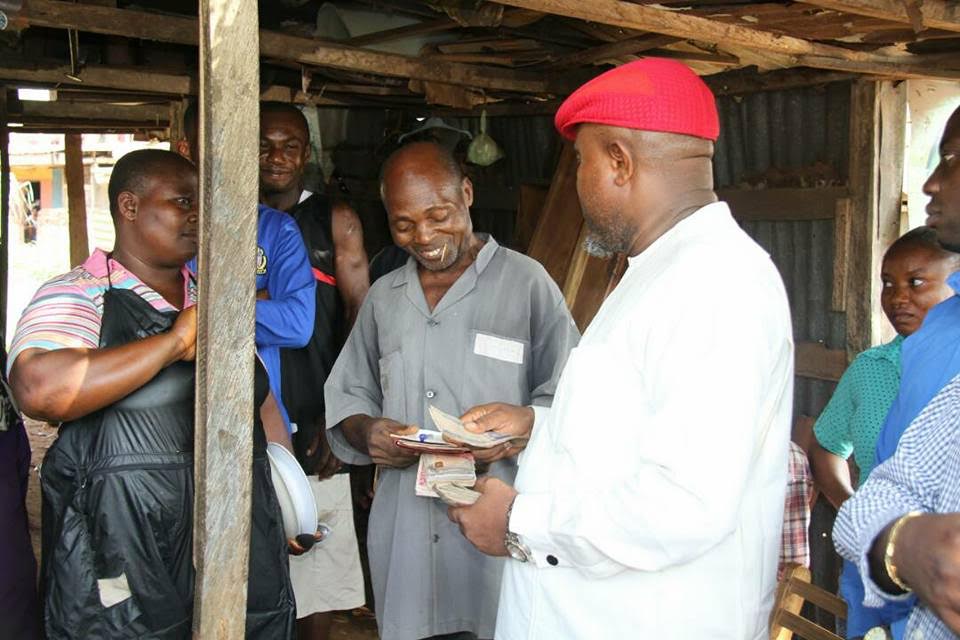