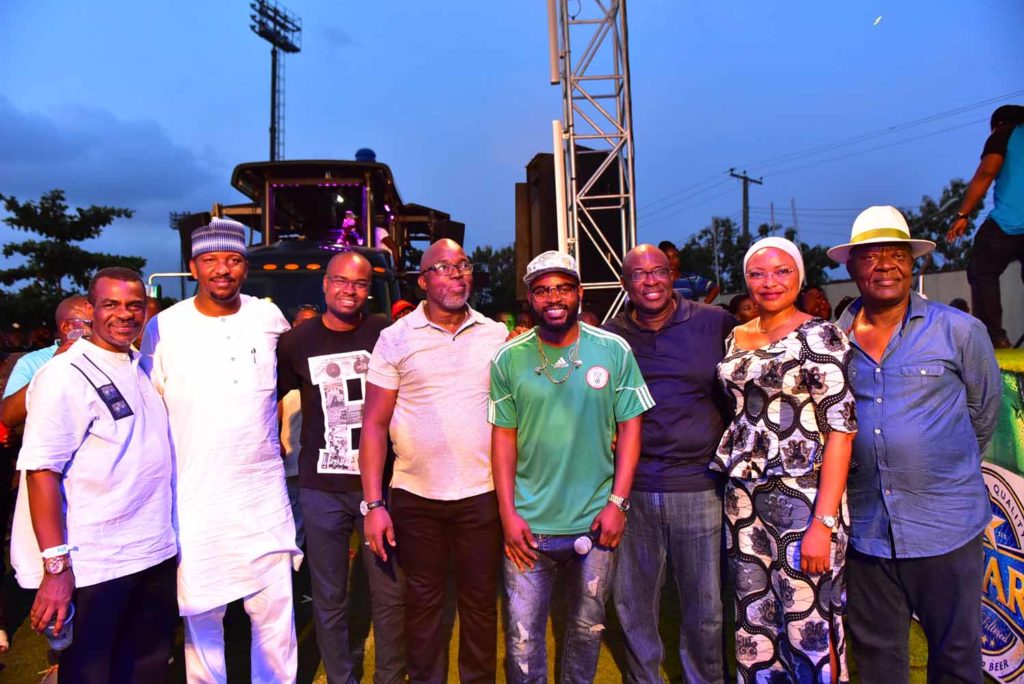 In addition to the teams’ rivalry, intense passion, chanting and banters which usually characterize match days, Star Lager will be adding loads of entertainment with Ice prince’s performance to further excite the thousands of football fans who will gather to watch the teams play.

“Star Lager Beer is proudly Nigerian and will continue to partner with key stakeholders to develop the local league. Our goal is to make the local league attractive to watch. Star Lager will continue to give fans a better footballing experience, by bringing some of Nigeria’s biggest music stars to entertain the fans, while also rewarding them with exciting prizes. We also believe this will continue to positively impact match viewership and attendance at different match venues across the country. If as a fan, you know there’s a very high likelihood of meeting your favourite music star at the stadium, you’ll definitely want to go see that match.”

Speaking of his excitement to perform at the event, Ice Prince said:

“It’s a good feeling performing live at a football match venue. I’m a football fan too and I know how much tension I feel when my team is playing; so having some good music on ground definitely helps me calm down and just enjoy the game. Plus I grew up in Jos, so it’s going to be a good homecoming! So if you’re in Jos on Saturday September 9th, 2017,come down to the Jos Township Stadium and let’s have some fun.”

The fun and excitement of the Star fan park will come to a great climax as the 2016/2017-football league season ends.

Resign Buhari or We Will Stage a Protest – Niger Delta Militants