A hillside in the Regent area of Sierra Leone collapsed early on Monday following heavy rains, leaving many houses covered in mud and at least 179 people killed, BBC News reports. 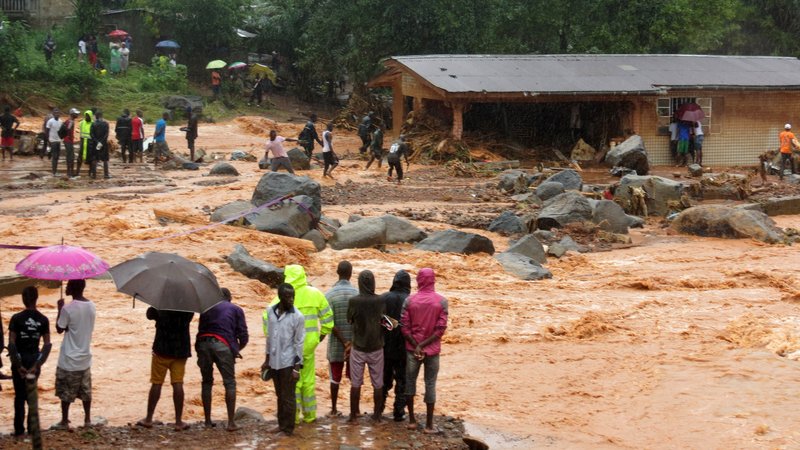 Sierra Leone’s Vice-President Victor Bockarie Foh confirmed that the disaster was “so serious that I myself feel broken”. He confirmed the total number of casualties may likely increase. He said that the area was being cordoned off as people were being evacuated, including many still feared trapped in their homes.

A spokesman for the Red Cross, Abubakarr Tarawallie said that 179 bodies had been taken to the central morgue in Freetown and volunteers and staff were involved in an ongoing search and rescue operation.

He added that at least 100 properties had been submerged and that some had collapsed after a section of Sugar Loaf mountain came down at around 06:00 GMT.

Candy Rogers, Sierra Leone disaster management official, said that over 2,000 people are rendered homeless as a result of the mudslide.

Nollywood Star, Monalisa Chinda talks about how to win a woman

Nollywood Star, Monalisa Chinda talks about how to win a woman