Kcee declares intention to run for Governor of Anambra State

Nigerian singer and CEO of Five Star Music, Kingsley Okonkwo better known as Kcee has declared his intention to run for the governorship election in Anambra state. 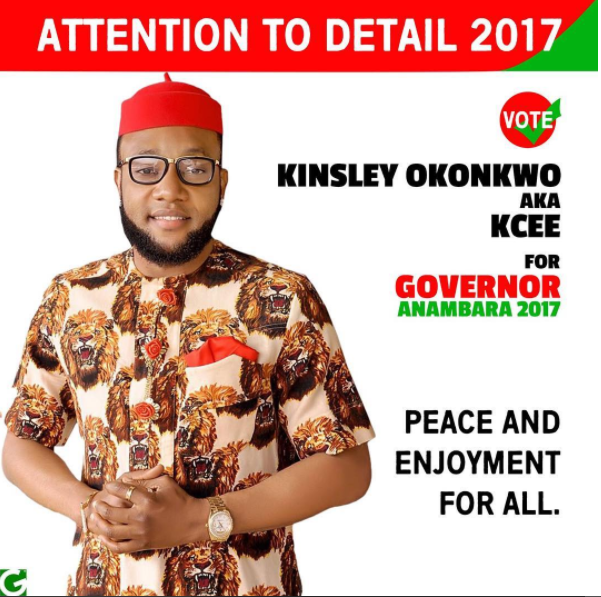 The singer who revealed this in an Instagram post shared a photo of his #AttentionToDetail2017 campaign photo on his page. But one thing unclear is the name change and the wrong spelling of the state. He spelt his name Kingsley Okonkwo as Kinsley and also Anambra as Anambara.

He shared the photo with the caption:

“Its about time, Big Announcement on Tuesday, August 8, 2017 at 11am…. #Nottooyoungtorun#Attentiontodetail2017”

Kcee is the second person in the entertainment industry who has declared his intention to run for the next gubernatorial elections following Yul Edochie‘s declaration of intent a while back.

Could the name on the campaign photo be a publicity stunt or typo? Share your thoughts