One year exactly after the release of their debut single ‘Oluwa Nagode’, Mars and Barzini, the sensational duo, release their official sophomore single titled ‘Colours’.

Laid back yet groovy, ‘Colours’ is a merry mix of beats and instruments complemented by Mars and Barzini’s playful but artful delivery. The song was produced by Syn X, TGIF’s in-house producer and mastered by Zimbocrix, TGIF’s in-house studio engineer.

Mars and Barzini who are undergraduates at the University of Nigeria, Nsukka, are also serial entrepreneurs. Their artistic expressions so far have been channeled through their music and soon-to-be launched clothing line tagged ‘Efe Clothing’.

TGIF stands for The Godson Institute Family: an entertainment outfit that seeks to help youth discover and creatively express themselves.

Download Mars And Barzini Premiere The Song Of The Year – Colors  : 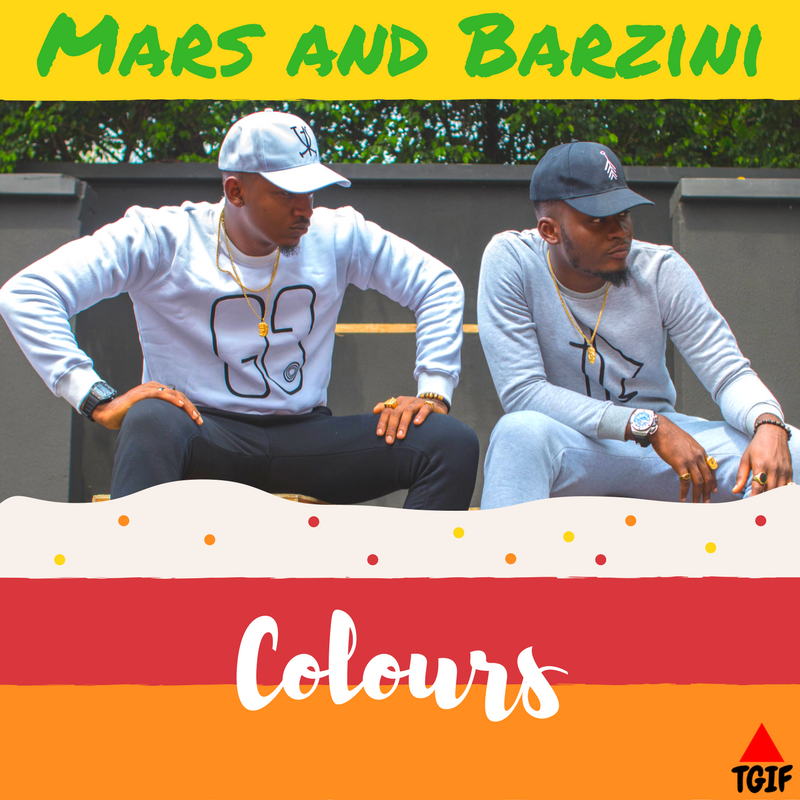