Controversial journalist and Daughter of a former governor of Oyo State, Kemi Olunloyo has been arrested. She revealed this herself via twitter. Men of the Nigeria Police Force ,she said stormed her Ibadan residence at 7:56am Tuesday 14,March 2017.

According to Kemi, she has been taken to the Oyo state Criminal Investigation Department (CID) for questioning. 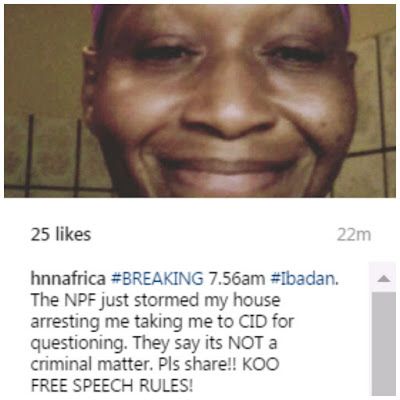 The reason for the arrest is still unknown, we will keep you posted.