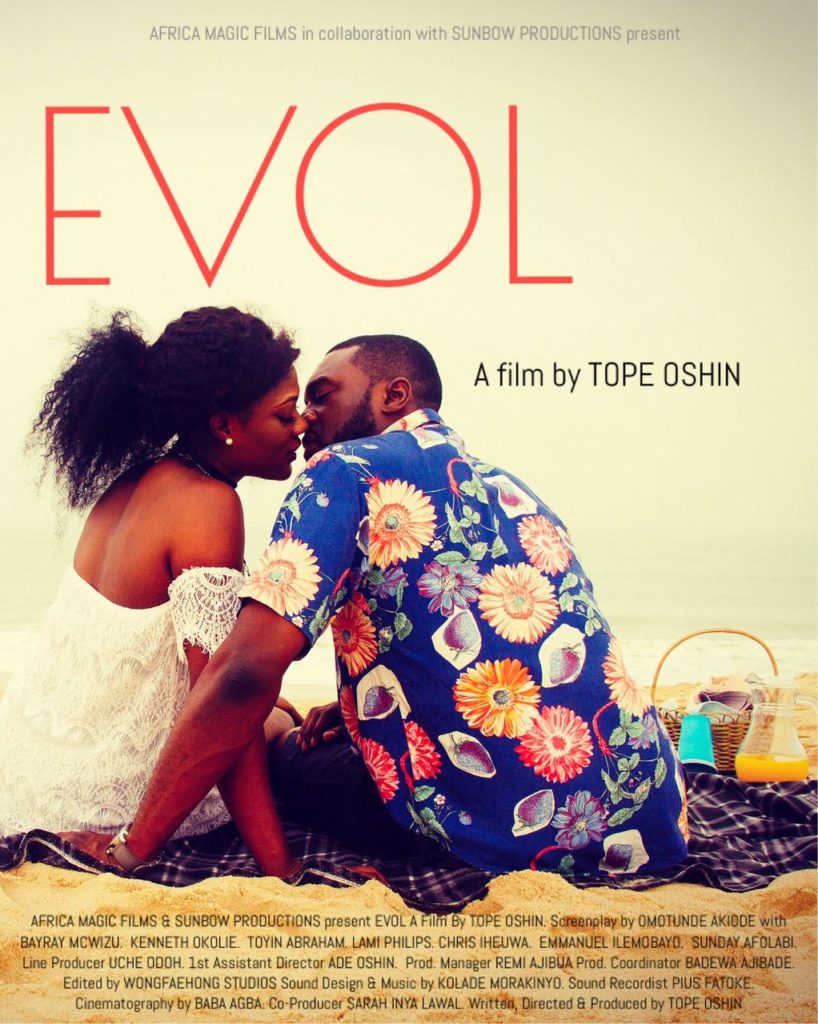 After having sex the very first day they meet- two strangers decide to explore the possibilities of a relationship. ‘Evol,’ a brand new romantic thriller by award-winning filmmaker, Tope Oshin’s Sunbow Productions in collaboration with Africa Magic is to be released tomorrow, Tuesday 28th February 2017.

Featuring Lami Philips, Toyin Abraham, and Kenneth Okolie, ‘Evol’ follows the love-struck couple to a beach resort where everything gradually begins to unravel with startling consequences. The movie was also written by Tope Oshin.

Tope currently has double nominations at The Africa Magic Viewers Choice Awards (AMVCA) and is known for her exceptional work as director for TV dramas and soap operas such as Hush, Hotel Majestic, and Tinsel (TV series). Though she has directed several short films such as The Young Smoker, Till Death Do Us Part, New Horizons and recently Ireti, her  2012 feature film ‘ Journey to Self’ won her a lot of praise.

In 2015, Tope produced the romantic film Fifty, about four fifty-year-old female Lagos residents. The film broke box office records upon release in December, taking N20 million in the first weekend. In 2016, she directed the documentary, Amaka’s Kin: The Women of Nollywood, as a memorial to prominent filmmaker Amaka Igwe, who died in 2014. The documentary addresses issues facing female directors working in Nollywood in a male-dominated industry. This documentary alongside “Ireti” is nominated for the 2017 AMVCAs.