Ava DuVernay Made a Politically-Charged Choice With Her Oscars Gown 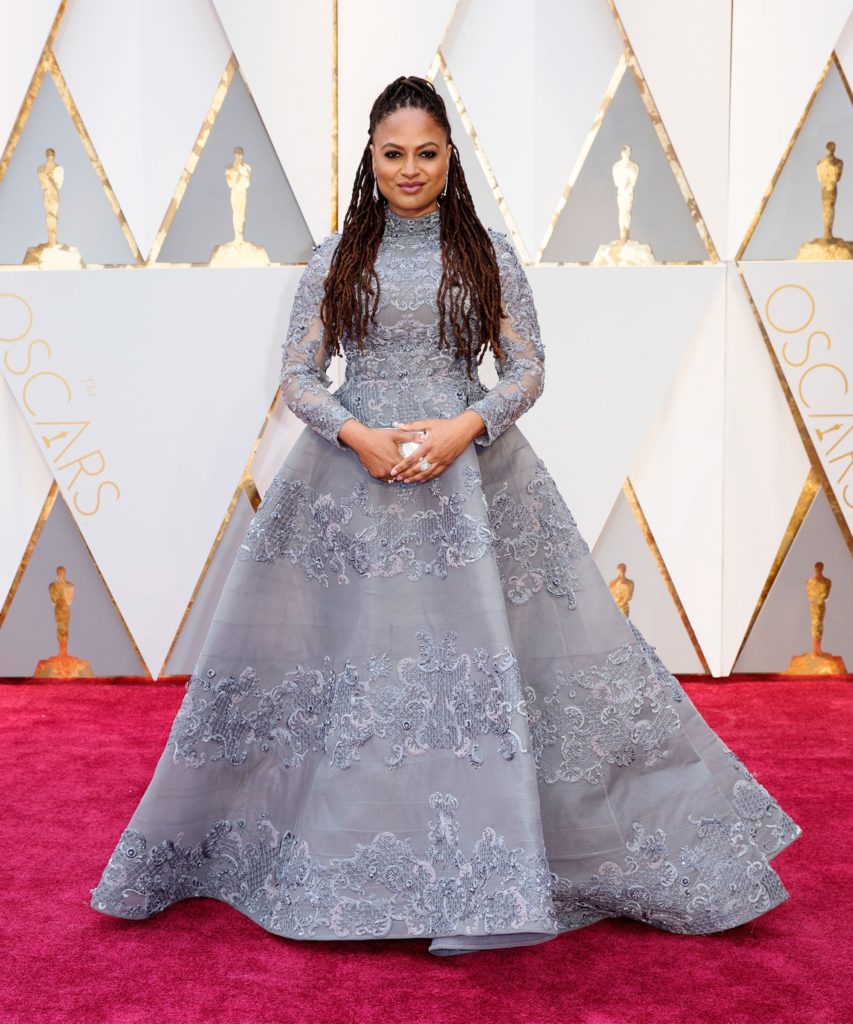 Director Ava Duvernay made good use of the Oscars red carpet, she used the platform to send a very powerful message across on an important issue. She didn’t opt for an accessory that comments in some matter on issues beyond the awards show circuit. DuVernay chose the label on her dress as a means of commenting on pertinent political matters. 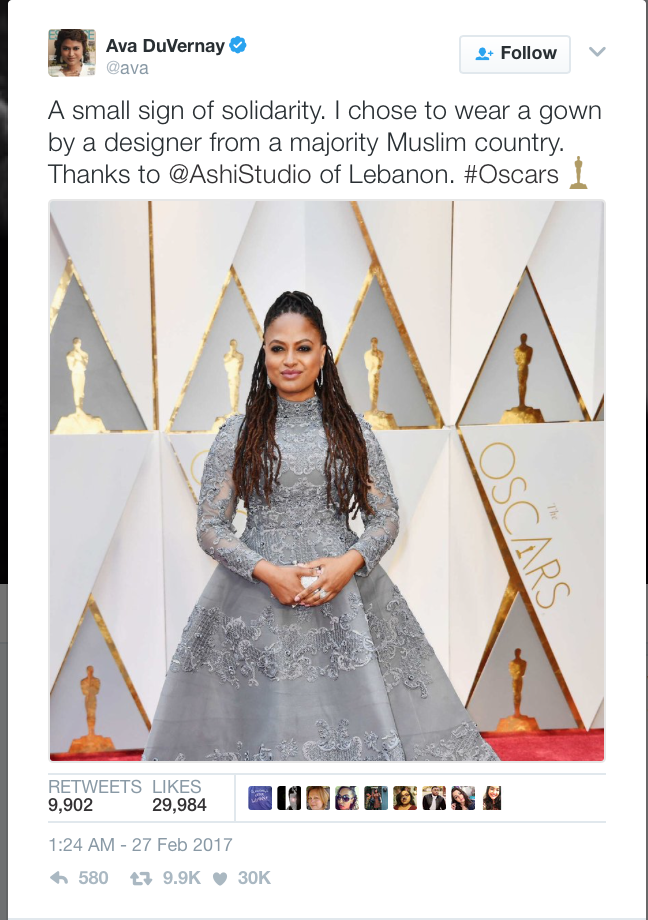 She took to Instagram to share the meaning imbued in her fashion pick for the Academy Awards. In the post, DuVernay featured a shot of herself on the red carpet, captioning the look “a small sign of solidarity.” While many celebs have been spotted in ACLU blue ribbons that are also intended to symbolize solidarity, DuVernay’s “small sign” wasn’t actually very small at all. Rather than something symbolic to pin onto her look for the evening, DuVernay instead says she chose an Oscar gown designer as a way to telegraph her values.

She picked a gown from Ashi Studio, a Lebanese brand based in Beirut because she wanted to wear something “by a designer from a majority Muslim country.” It’s a subtle way for DuVernay to criticize Trump’s immigration and travel ban, which she’s spoken out against before. We’re glad to see some (if perhaps not quite enough) celebs using the high-profile culmination to the awards season carpet circuit as a place to communicate their beliefs, especially during such a politically -fraught time.