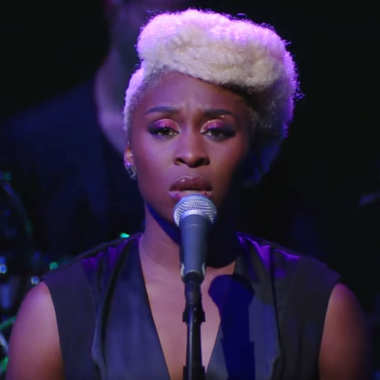 Cynthia will entertain the Ball’s 1,500 guests, which will include 2017 Oscar winners and nominees, show presenters and performers, and other luminaries.

Cynthia Erivo made her Broadway debut starring as ‘Celie’ in the critically acclaimed revival of “The Color Purple,” for which she received a Tony Award for Best Actress in a Leading Role in a Musical and a Grammy for Best Musical Theater Album.

She recently performed at The 39th Annual Kennedy Center Honors, as well as the 2017 Grammy Awards, alongside John Legend during the show’s ‘In Memoriam’ segment.

Erivo, is also an accomplished songwriter, having written and performed the song “Fly Before You Fall” for the 2014 feature film “Beyond the Lights.”