Scheduled to hit the cinemas on Feb. 10, two of the casts of the movie ‘Blogger’s Wife’, Jumoke Aderounmu and Adeniyi Johnson has categorized it as a movie with a rich story line and full of moral lessons while also sharing about the perception people have from seeing the semi-nude cover. 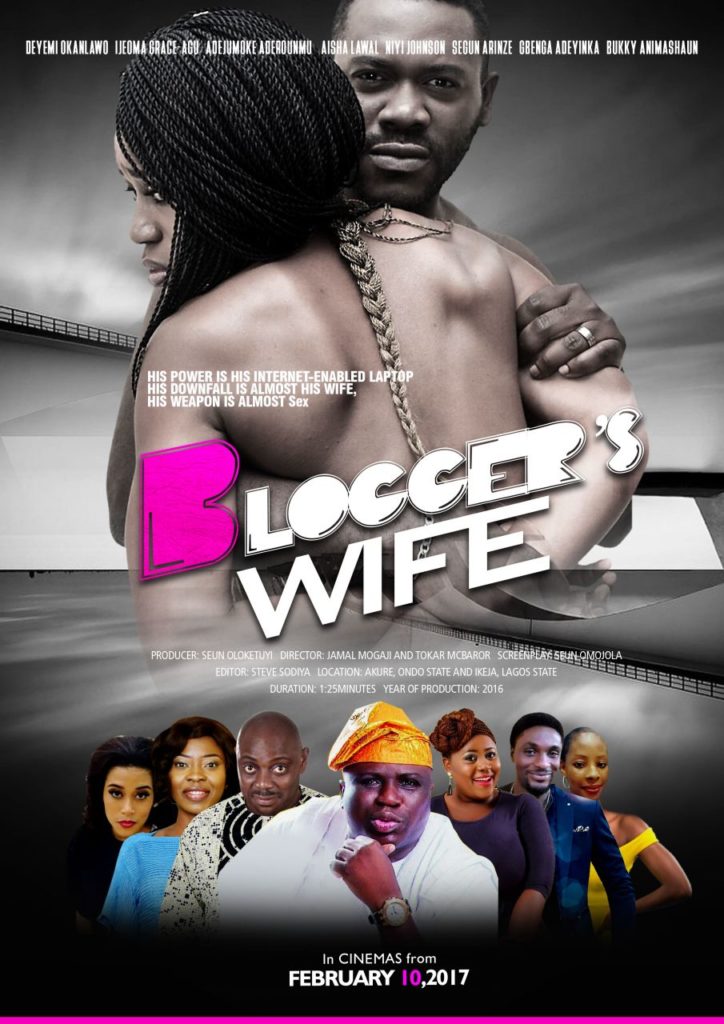 The movie tells the story of a male blogger (Deyemi Okanlawon) whose power was his internet-enabled laptop; his downfall is almost his wife and his weapon, sex. The quest to overcome his challenges and meet his wife’s expectation leads to the various intense scenes that add a twist to the story.

2017 MAYA Award Winner, Adejumoke Aderounmu, said, “there are so many things you can learn from the movie, there is a major issue that happens in marriages across the world which is couple not understanding each other, couple not having the depth of knowing that marriage is supposed to be for better or for worse and having to not respect your significant other’s decision, self-respect, communication, self-worth, and connection. In the movie, if either of the couple understood each other they will know at the point that things started getting bad. So it is not a pornography film it is a very deep story.”

Adeniyi Johnson, on the other hand, encouraged the audience to go see the movie and desists from spreading negative rumours about the film. In his words: “Don’t judge a book by its cover, why don’t you try to see the movie before you talk about it. It is a day-to-day story which everyone one can relate with. You will love the film.”

The movie which will be hitting the cinema on February 10 is a gripping and engaging drama that gives an insight on the pressure a spouse face in marriages, especially a career-oriented marriage.

Watch the movie trailer below