Nollywood actor, Dayo Amusa is back with another blockbuster hit titled ‘Pathetic’ which will be showing at the cinemas from March 24, 2017. 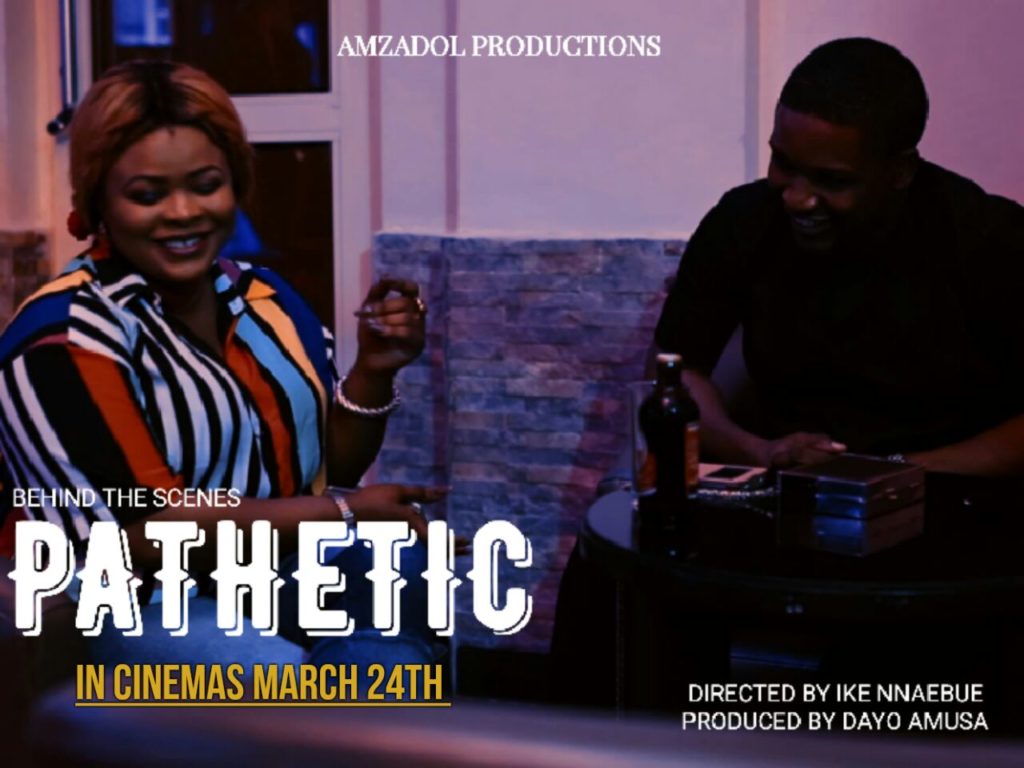 Dayo’s last effort, ‘Unforgivable’ showed the dexterity of the actor and helped cement her status as an A-list act in the industry. The movie broke records and made sales far beyond many people thought it would.

Attention is on Dayo Amusa to see if her next movie would surpass her last effort or not but this new flick is definitely about to make ‘Unforgivable’ record look like a child’s play.

Amusa’s production is a thrilling and insightful marital story intricately woven on the life of a famous celebrity lady – her pains and travails in having the desired picture-perfect life of the ordinary human.

“Rita Shonibare, a renowned TV star, is caught in a web of confusion as she makes a compromise on her budding career so as to overcome her marital ordeals resulting from her wayward and inconsiderate husband, who explores her status to his own devious means.

“Pathetic” deftly portrays in a subtle and fascinating fashion the mischievous ways the celebrities are explored by the media, the outsiders and pathetically, their most trusted loved ones, who regard them as preys to be feasted upon at their slightest means.”

Speaking concerning the upcoming movie, “This is my best production yet. Shooting this movie for me is more about passing a message and helping the world see the hidden struggles celebrities face even with those they call family and friends. It is an attempt to share our struggles and also communicate a message to anyone going through such situations. I encourage everyone to join me at the cinemas in March when the movie starts to show.

As Dayo Amusa’s comeback movie, ‘Pathetic’ goes to the cinemas in the month of March, cinema lovers are definitely in for a swell time.