History was made on Wednesday 31st August 2016, as Star Lager Beer announced an unprecedented partnership with not one but FIVE of the biggest European football clubs – Arsenal, Juventus, Real Madrid, PSG and Manchester City, having a combined history in football of 544 years.

By virtue of the partnership, Star has become the “Official Beer Partner” of Arsenal; Juventus; Real Madrid; PSG and Manchester City. These five clubs also have a combined history of 87 domestic league titles, 13 Champions League titles and numerous European titles.

The significance of this new partnership bestows Star lager beer rights to promote the brands’ association with Real Madrid; Arsenal; Juventus; Manchester City and PSG to millions of fans across Nigeria and beyond, supporting its vision to embrace an unrivalled passion of football.

The partnership, first of its kind in Nigeria by a beer brewery intends to see Star Lager actively engage consumers and fans with series of cross-promotional events and communication materials designed to enhance visibility of the European giants in Nigeria.

The ground-breaking partnerships with these clubs poses an exciting bright future for football development and viewing experience in Nigeria as confirmed by the Portfolio Manager, National Premium, Nigerian Breweries, Tokunbo Adodo. He affirmed Star’s accession as “Official Beer Partner” to these five clubs, has bought into important football assets across the biggest leagues in Europe – England, Spain, Italy and France.

Advertising budgets will benefit the domestic media, as radio, television and newspaper houses will participate in Star’s amplification of matches and extended activities with their club partners.

The partnership will give access to an archive of images and content from the respective clubs with an opportunity for Star to brand its bottles with logos of these clubs. Going forward, a bottle of Star would symbolize more than just another larger, it would mean a communion between a fan and the pride, history and colours of their favourite club side; Real Madrid, Arsenal, PSG, Manchester City and Juventus FC.

A common ground Star has with the European giants is the culture of remarkable history. Since the first STAR lager beer bottle rolled out of the Lagos brewery in 1949, Star has consistently supported football initiatives and platforms such as its highly impactful campaign to rally Nigerian football fans during the World Cup in 2014.

The Star Super Fans Show also showcased and rewarded football fans for their passion and knowledge of the game. A week ago, Star announced a landmark partnership with the local league, NPFL in a similar arrangement as the “official beer partner “ of the domestic league. 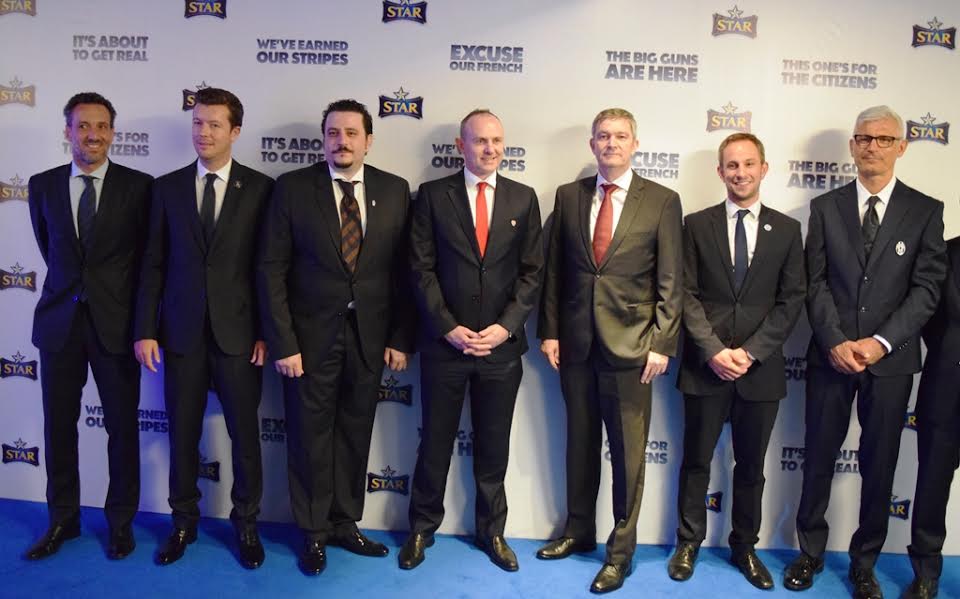 English giants Arsenal Football Club has won 13 League titles in its 130-year history and is loved by many Nigerians who appreciate its easy-on-the-eye style of game possession. Arsenal’s popularity soared in Nigeria when former captain and Olympic gold medalist, Nwankwo Kanu played with the Invincibles alongside the great Thierry Henry, Patrick Viera and Robert Pires in the 2003/2004 season. Thereafter, the club’s affinity with Nigerians has continued to grow even stronger with the emergence of Alex Iwobi on the squad.

Juventus with thirty-two Serie A titles, is the most successful Italian club ever. They have a rich history of achievements and a big support base that extends beyond their hometown of Turin.

A record eleventh UEFA Champions League title in 2016 ensured that Real Madrid continued its leadership as European football’s most successful club. It has rich history of signing the world’s most expensive footballers that go further to win individual prizes at the Ballon d’Or. Players like Zinedine Zidane, Raul, Luis Figo, David Beckham and Cristiano Ronaldo have added to the club’s legacy.

Manchester City has become a top name in English football over the last decade. Young Nigeria forward for the team, Kelechi Iheanacho remains a delight to watch as he finds his feet alongside Sergio Aguero, David Silva and Yaya Toure under the tutelage of the very successful coach, Pep Guardiola.

While PSG is the relatively youngest of the five but a top name in French football, winning the last four Ligue 1 titles as they push to become a major challenger in Europe. Despite the recent departure of Zlatan Ibrahimovic, the presence of Thiago Silva and David Luis in defence continues to keep the capital side grounded.

Star’s partnership with Europe’s five greatest clubs may further encourage the clubs to include Nigeria in their summer pre-season tours. It is definitely an unprecedented way to launch out into the big waters by building a positive synergy between domestic and global football.