Agharese Emokpae, aka A’rese, has emerged as winner of the first-ever edition of music reality show, TheVoice Nigeria.

The competition which started with 47 contestants, had a line-up of eight competitive contestants in the final which held on Sunday night.

A’rese, who was mentored by singer Waje, was awarded a recording contract, an SUV worth N7 million and a 4-night gateway to Dubai, for emerging winner.

The entertaining finale saw the mentors ? Waje, Timi Dakolo, 2face Idibia and Patoranking ? all duet with their mentees. 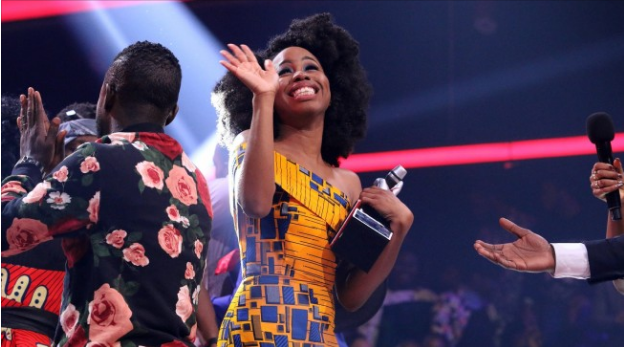 After the duets and individual performances, the top four were announced, which included – Brenda, A’rese, Chike and Cornel.

The top 4 was subsequently pruned to the duo of Chike and A’rese, before the latter was announced winner of the competition.

On the breathtaking night, Arese won the audience and fans over with charismatic and awe-inspiring renditions of Aretha Franklin‘s ‘Think’ and ‘Hallelujah’ by Alexandra Burke.

Over the course of the competition, Arese’s six-year stage experience set her apart from her peers.

A graduate of Washington and Lee University, Arese has featured in many musicals and theatre productions in both Nigeria and the US.

Waje’s androgynous look to the finale of The Voice Nigeria