TIMAYA SHOCKS PH FANS: PRAYS AND THANKS THEM FOR HIS SUCCESS

More than halfway into his performance, at Legend’s Real Deal Experience in Port Harcourt on Sunday the 8th of May 2016, Timaya, on his knees, rhapsodized about and prayed for his Port Harcourt fans, thanking them for helping him throughout his career and making him what he is today.

In his words, he promised, “to never stop doing music”.

This came after a thrilling evening that saw Port Harcourt residents go home with refrigerators, generators and other branded gifts in the raffle draw that was held at the Joseph Yobo Mini Stadium, Port Harcourt.

The Real Deal Experience which also featured a full-sized rotating bar, incredible onstage stunts and musical performances is set to make stops at other key cities in Nigeria in the forthcoming weeks. 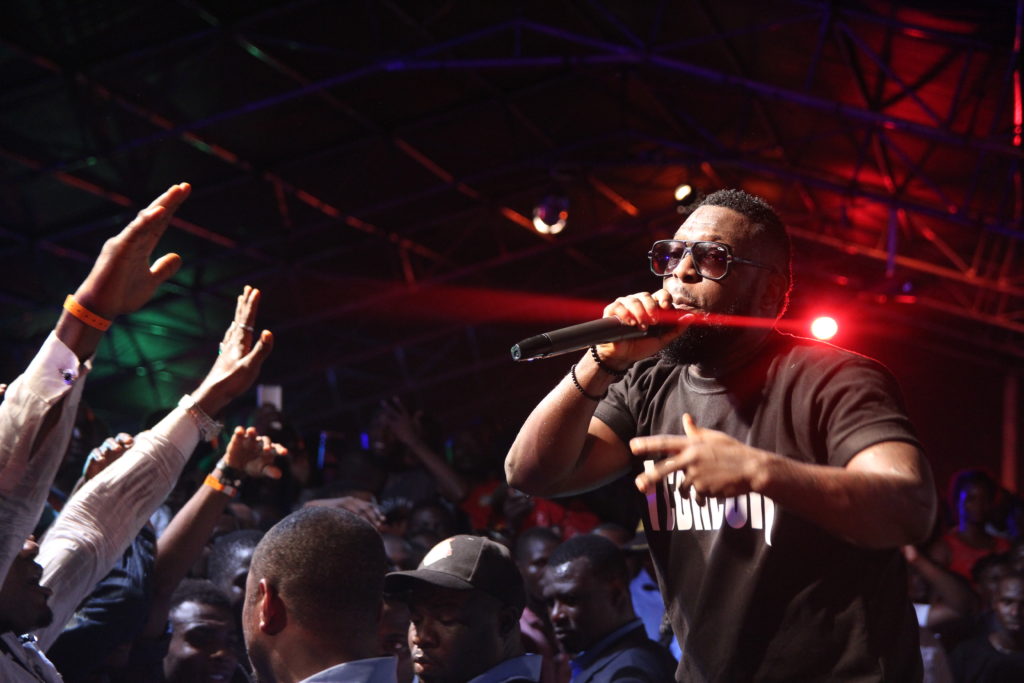