Not many people know of my connect with the beautiful soul called Prince. My first encounter with this special spirit was in 1982, in a city called Providence in Rhode Island all the way in the USA. We were at one of his concerts, I still remember it like it happened yesterday. The first and only time in my life that I was transfixed, perplexed, hypnotized and melting at the sight of a fellow human being. The next time was in the city of New York, two years later, this time my seemingly larger than life style which was nothing beside this iconic maestro, had attracted a back stage pass for me to be in the same room with some one whom I had started worshipping like a Demi god. A man who unknowingly, had planted this seed in me and gave me this impetus to build one of the most controversial brand in Naija…, Yes, Prince was an influencer of the Charly boy brand. In him I saw the direction I wanted my career to go. The Purple Rain musician touched me personally and inspired millions more.

I may have walked away that night with only a handshake, but it was a handshake that changed my life for the better. It awoken a desire to be an entertainer like this Demi god that just shook my hand. From that night, I became an avid fan. I read and followed any news on him, I listened with wrapt attention. The more I researched him the more I fell in love with him, you can take that literally. If I ever had any gay tendencies, he would have been the one I would have given my body to. That’s how deep my love is for this beautiful soul. Rumors circled him because he had such a defiantly outlandish persona with a sexuality as ambiguous as it was voracious. Oh my Prince. 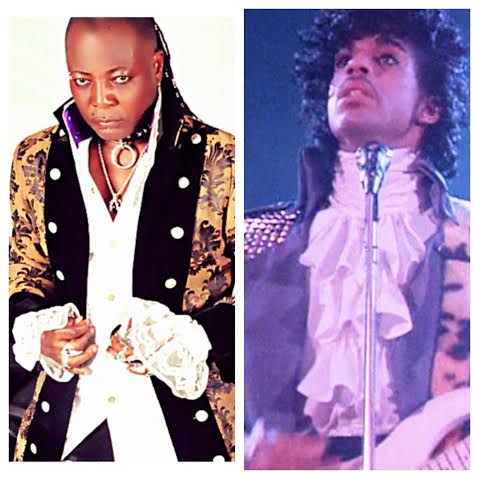 Among his other notable releases were Sign O’ The Times, Graffiti Bridge and The Black Album. I still can’t figure out which is my favorite. I also learnt how to fight for what I stand for like him. He was fiercely protective of his independence, his privacy, I remember when he had to battle his record company over control of his material and even his name. Reminds me of my fight for Nigerian Musicians during my tenure as the Pman president years back.

Prince once wrote “slave” on his face in protest at not owning his work and famously battled and then departed from his then label, Warner Bros, before returning a few years ago. A reconciliation he negotiated on his own terms I recall him saying “What’s happening now is the position that I’ve always wanted to be in,” he told The Associated Press in 2014. “I was just trying to get here.”

In 2004, Prince was inducted into the Rock and Roll of Fame, which hailed him as a musical and social trailblazer. Above all that, he was a quiet philanthropist, a humanitarian the kind of giver who never wanted his kind gestures in the news. The way he gave himself to music, he gave himself to humanity.

My Diamond and Pearl, I Just can’t rap my head around your untimely passage. How? Why did it have to happen to you at such a young age when you were only getting started. But I take consolation in one of your quotes that have served as my guiding mantra ever since we met. ‘A strong spirit transcends rules’ — and nobody’s spirit was stronger, bolder, or more creative. Rest in peace beautiful soul, you were too   clean to die.