The model and internet sensation, who passed on after battling cancer for about five years on Friday, April 1, will no longer be buried on Saturday, April 16, 2016.

The announcement was made on the gofundme page that was created to help raise funds to give Debbie a befitting burial. The burial was postponed due to insufficient funds as the funeral and cemetery charges cost about $30,000 and they have not been able to raise a lot of money. 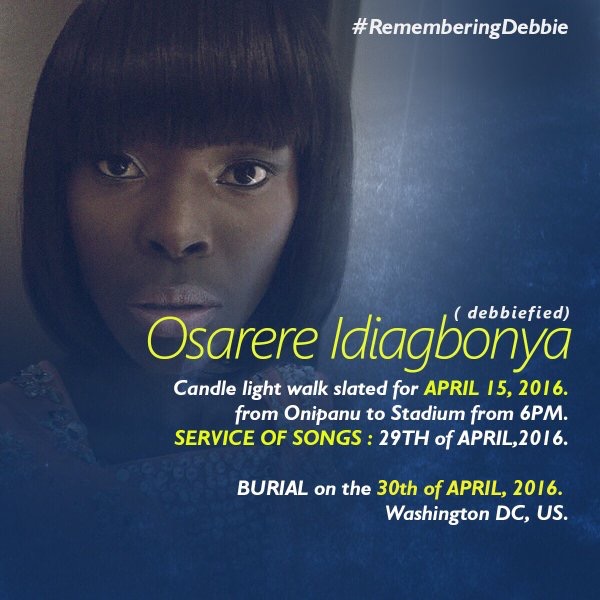 According to new information released, the viewing of the body will take place at J.B Jenkins Funeral Homes 7474 Landover road, Landover, Maryland, USA. 20785 between 9:30am and 10.30am.

The funeral service will commence immediately between 10:30am and 11:30am before her body will be taken to Glenwood Cemetery at 2219 Lincoln Road, North East, Washington DC, USA, 20002, to be buried.

Debbie is survived by her mother and two older sisters (she is the last of the three children her mother bore).